How To Sell Your Self Published Book 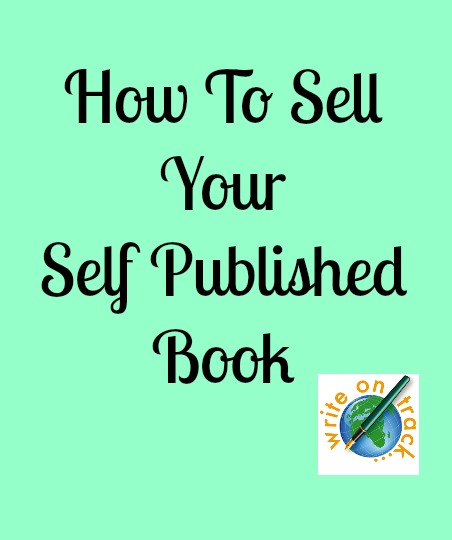 Selling your self published book seems to be full of double edged swords,  ’which comes first, the chicken or the egg’, and various ironies. However, it is a myth that self published books are only sold as ebooks or from the author’s website. It is very possible to have your book stocked in all good bookshops.  This is where the chicken or egg situation crops up as you need to prove it is selling before bookshops and wholesalers will take it.

Many self published authors will sell their books as ebooks on kindle, kobe, smashwords, iTunes and others. Some will use Amazon’s Create Space to sell printed copies of their works and it all makes sense as these methods drastically reduce the financial investment. However, some books are more suited to ebooks than others – be it because their target audience prefers to read ebooks or it suits the genre (e.g. fictional novel).  I have found that my own book (non fiction humour) is selling much more successfully as a printed book than as an ebook (1200 printed sales to about 100 ebooks) so this needs to be a consideration – do you need to print your self-published book? I ran a crowdfunding campaign to raise some of the finance required and to ascertain if there might be a demand for my book and I’d really recommend this method to raise finance, secure pre-orders and increase brand awareness.

Why You Need To Get Your Book Into Bookshops

No matter how much press coverage you get, people still expect to be able to purchase your book in a traditional bookshop. While some will buy from your website, you’ll get many more sales if they are on the book shelves. My local Easons bookshop stocked my book before Easons Nationwide took it and I enquired if the first lot had mostly sold due to people asking for it or if they were picking it up off the shelf. It was the latter which proves (I think) that sales increase when people can see the book in front of them. People expect to be able to purchase books from bookshops too.

How To Get Your Book Into Bookshops

Judging by some of the questions I was asked, it seems that some self publishers don’t secure an ISBN number for their book. For your book to go on sale on Amazon as an ebook, it doesn’t necessarily need an ISBN. However, if selling your paperbacks in bookshops, requires the barcode on the back cover of the printed book for bookshops to be able to sell it. In Ireland, there are two entry points to the bookshops. Argosy Books are the wholesalers for independent bookshops. Easons have a large number of stores around the country and will distribute to branches as they see fit. Both warehouses are based in Dublin.

This is what they will require:

1. Evidence of sales (e.g. 250) to date. A well formatted book with an attractive front cover and the ISBN barcode on the back cover.

2. Evidence of a social media following. It’s not all about numbers either. To have an effective social media community behind you, you need to be engaging on social media, chatting with followers, putting up interesting content, limiting the ‘buy my book because it is wonderful’ updates and don’t forget the blogging. Blogging will bring much more traffic to your website.

3. Evidence of press coverage received to date. You could include bloggers book reviews here too.

4. A marketing plan for the next few months. The bookshops nor the wholesalers won’t do any marketing on your book. You will need to be blogging about it to get the word out online, you also need to be planning news angles for press releases. 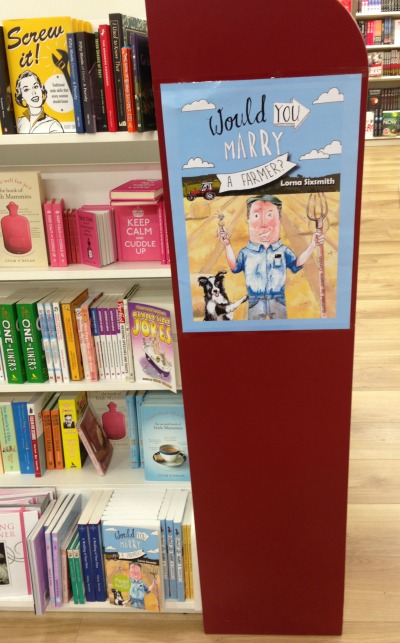 Once the wholesaler has your book, the next job is to ensure that the bookshops have it on their shelves which can be easier said than done. The wholesaler will promote it to an extent but realistically, they have hundreds more books to promote, books with publishers behind them. To get the book into as many bookshops as you can, this is what you need to do:

2. Call into some bookshops with your book. I have to admit I was a little nervous doing this, what if they laughed me out of the shop?! However, I was very pleasantly surprised. One bookshop even said that they had had people ask if they had it (which made me wonder why they hadn’t got it in yet) but on seeing it ‘in the flesh’, she ordered five copies from the wholesaler immediately. It is interesting that she hadn’t ordered it until she saw it. As you can see, I left a poster with one of the bookshops and they displayed it, giving it more prominence.

3. Use twitter – if you are engaging with bookshops on twitter, ask them (in a non spammy way) if they have your book. If someone tweets me asking where they can buy my book in a certain town or county, I look for a relevant bookshop on twitter and include them in my reply.

Catherine Ryan Howard suggests that people need to be reminded of something at least three times before they will buy it (hence if it is in a bookshop, seeing the physical copy will serve as a reminder). However, I would argue that it might have to be five or seven times for some people. But as the Easons local shop example above demonstrates, sales increase when the book is on the shelf. Apparently if a person touches a product, it gives it a much higher chance of being purchased so picking up your book, looking at the back cover and flicking through the pages is all positive.

Apparently it can be very difficult for self published authors to get reviewed in newspapers and I would believe that. Therefore, if you want to get some press coverage, you need to come up with a suitable and interesting news angle. I stopped sending out press releases for a couple of months as I just didn’t have a new angle (plus I was too busy with other things). With two events coming up though, I decided to try again, secured some email addresses and spent half a day sending press releases. The best result was a 10 minute interview on morning television which gave my self published book huge kudos and credibility (I think!).  What was interesting was that the TV interview paved the way for more PR – local radio interviews in other parts of the country and two magazine features will be coming up too. Sales have increased from my own website and the wholesaler ordered more books yesterday too.

Submitting articles to appropriate newspapers can be an effective way of getting press coverage. For example, if you effectively write the article for the journalist by focusing on a particular angle or story line. One that worked well for me was ’5 ways to meet an eligible farmer at the Ploughing Championships’ (Ireland’s biggest agricultural show). It resulted in at least three newspaper features and eight radio interviews (one national and seven local) The newspaper or magazine receives free editorial content and you reach a new audience. It will not be a review of your book but as the article will be written in a similar style and theme, it should engage your target audience. Your name might be on the article as the freelance writer and there will be a reference to your book at the end.

A Bloggers Book Tour is a good idea too whereby you ask a number of bloggers to review your book. This could be five bloggers over five days in a row or perhaps one per week for five or six weeks.  I suggest that you choose bloggers you have engaged with to some extent. The reason I’m saying that is I was asked by a book promoter company if I would like to receive a novel about Ireland, I duly received it but I have yet to read it and review it. It’s not that I don’t want to, it just that I am pretty busy with a long ‘to be read’ list. Now, if I knew the author in some way, I would have made their book more of a priority. I sent my book to a blogger reviewer a while ago (after emailing for permission) and she did warn me it would take some time.  In comparison, bloggers I know to some extent reviewed it within weeks. You just can’t beat having that personal engagement which is another reason to blog and get to know other bloggers.

Suggested Read – How to get press coverage for your book

Getting your self published book into bookshops should drastically improve sales. Do let me know how you get on – I’d love to hear.