Home › Tools for Conferences › The Power of the Hashtag

The Power of the Hashtag

I was at the Charisma Bootcamp conference last weekend, organised by Owen Fitzpatrick, it was absolutely brilliant and I have lots of content to share with you.  So why is this post about hashtags rather than charisma? Because there wasn’t one in use at the conference and I really missed it for a variety of reasons. I’m not saying that the absence of the hashtag affected the content of the conference in any way but one effect it had was it pushed me right outside my comfort zone.

What Is A Hashtag? 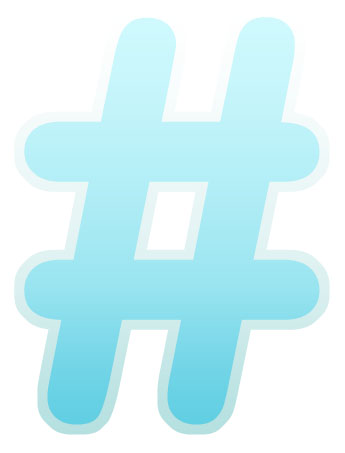 A hashtag is a word that is used after the symbol #. It can be used for a variety of reasons but it is generally used to bring attention to a particular topic and to unite tweeters.  Topics can trend on twitter depending on how often the word or hashtag is used.  You may often hear television presenters or radio DJs announcing what the hashtag is so that viewers can engage in an online conversation and provide feedback or questions to the producers, for example, #vinb for Tonight with Vincent Browne

A hashtag is a word used to summarise the conference after this symbol # and if tweeters click on it, they can see all the tweets related to that hashtag. The conference organisers should test the hashtag beforehand (to ensure it isn’t been used for other purposes) and should announce it. We use #klck for all our KLCK meetings and for generating interest in the run up to our monthly meetings.

As most of the recent conferences I’ve attended have been based on social media, a hashtag was provided and many of the delegates used it. Of last weekend’s conference, very few people were on twitter and of those, very few were tweeting.  I really missed the use of the hashtag. Why?

Previous posts on Why Tweet at Conferences and How to Tweet at Conferences  include many more reasons for using a hashtag at a conference and includes recommendations for some rules to follow.
I actually surprised myself by my shyness at this conference and I came to realise just how much I had come to rely on social media as an icebreaker at these events which perhaps show just how social media can help one to network.
As it was, I had to come out of my shell which I guess wasn’t a bad thing either.  As mentioned at the conference, some people would prefer death to speaking in public and the fear of rejection is paramount in most people. I’m fine with public speaking as long as I’m prepared but I am really nervous going up to people I don’t know to speak to them on a one to one. What do I think they are going to do to me? Ignore me? Act like I’m boring? Leave me stranded? Bore me? Be rude and not listen to me?  Of course not but yet that seed of doubt is there.
What do you think? Do you think hashtags help us to become more sociable or do we use them to hide behind and forget the more traditional way of making introductions.  After all, relying on hashtags to forge introductions means that I miss out on those people not on twitter.
Have you used hashtags at conferences or do you prefer to stick to the traditional note-taking with pen and paper?
More posts coming up on the Charisma Bootcamp – I have so much to share, I’ll be blogging every day for the next week!