Do You Take Weekends Off From Social Media?

It’s ‘W’ in the #AtoZChallenge today. I admit I missed ‘V’. I had planned to do a post on verifying your Pinterest account but didn’t have time to write it up as it needed a lot of screenshots. I was at a Charisma Bootcamp yesterday (more on that next week as I learnt lots) and after the session on Voice, I thought to myself that I would do a post on that when I got home but I ran out of steam after a slow drive home in heavy traffic and then feeding calves! 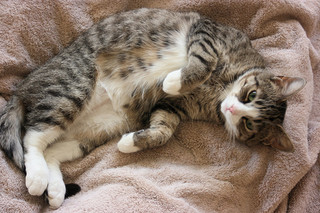 The topic then for ‘W’ is weekends off – do you take weekends off?  With the increased use of smartphones, it’s much more difficult to switch off from work, particularly if you are self-employed as it’s much too easy to tune into twitter or facebook or email.  I heard an interview recently when a successful businesswoman admitted she deletes some of the social media apps from her smartphone at weekends and then re-instates them on a Monday morning because she knows if they were on her phone, she would be tweeting and emailing rather than being fully ‘present’ with her kids. I have to admit I thought it was a good idea but I haven’t gone that far yet.

I recently read an interview where an author said she writes every morning and as she has Mondays off work, she writes on Mondays too. She takes weekends off as ‘weekends are for living’.  I have to admit I like knowing that I can do some book writing at the weekends so that interview made me think – maybe I don’t see writing as work!

Because I am married to a dairy farmer who is really only able to take Sunday afternoons off, it is all too easy to keep working, to do a couple of extra hours on a Saturday morning and I have to admit that with a busy week coming up plus having being away for the last two days, I will be doing some work tomorrow. However, even though I am a social media addict, I tweet much less at the weekends, even from my personal account.  I do ‘zone out’ of work mode for part of the weekend and find that enables me to think outside the box. Maybe I don’t completely switch off as I will often get an idea about something work related and have to write it down quickly so I don’t forget it for Monday morning.At the Charisma bootcamp this morning, something the speaker said gave me an idea for a section of my book and I had to jot it down quickly!

A change is as good as a rest and although I am tired, I feel refreshed mentally in that I feel ready to take on the world again on Monday morning, capable of thinking outside the box and coming up with some creative ideas next week.

How about you? Do you take all weekend off or do you find yourself working – perhaps even working sneakily?  Even if you love it, I do think we all work more effectively on Monday mornings if we’ve had some time off. What do you believe?
photo credit: andrew d miller via photopin cc