Have you switched to the New Look Pinterest yet?  Are you trying to get your head around the changes? I’m going to some of those changes in various ‘Pinterest  Tutorial’ posts over the next few days so do stay tuned.

First one up is the inability to tweet your pin or repin.  With the old Pinterest, as you pinned or repinned, you had the option to share the pin to twitter and/or facebook.  I hoped this would be reinstated and it has been – but there’s a different way of doing it!

Welcome to Twinning – when we tweet and pin!  In order to tweet the pin now, it takes an extra step as you have to click on the pin to go into the individual pin page. Here you will see a  large version of the pin, the board it is pinned from (to the right), other pins from the original pin’s website (bottom right) and below are the pins from ‘Those who pinned this also pinned’. 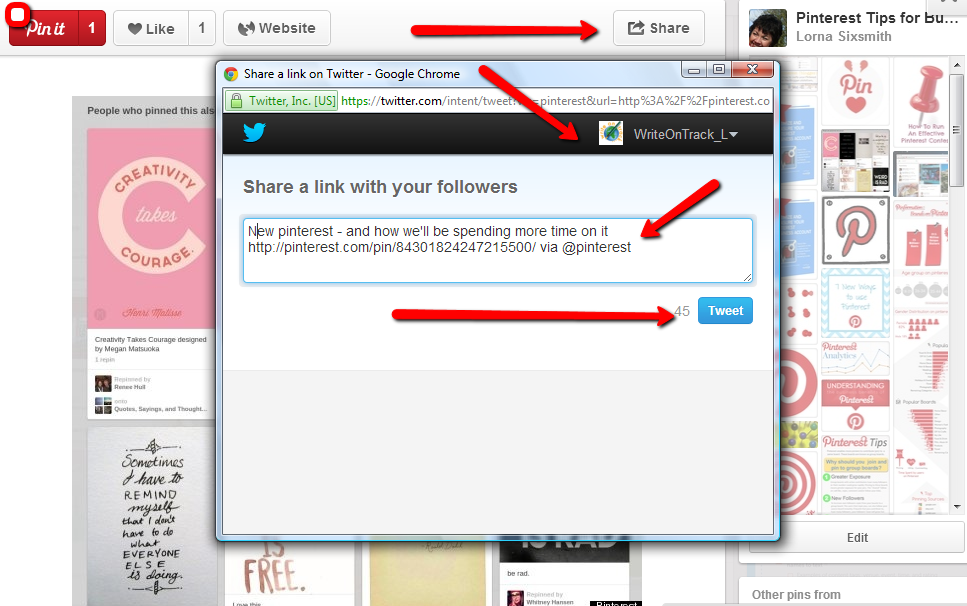 This change also means that twitter will be less flooded with pins as I’d imagine people will only tweet the pins that are really special, striking or informative in some way.  It also means that people may be more inclined to repin or investigate the related pins in the board on the right or as they scroll down. And yes, you can keep scrolling – almost for ever!

What do you think of the New Look Pinterest – love it or hate it?