Becoming A Recommended Board on Pinterest – What It Means 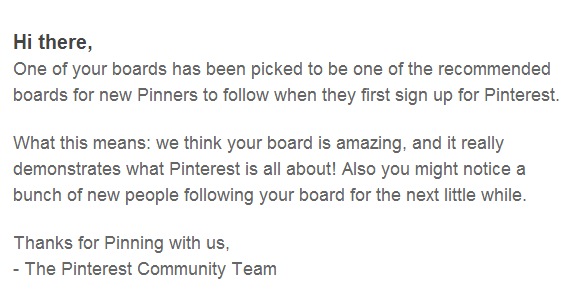 1. Is it possible to tell which board Pinterest is featuring? 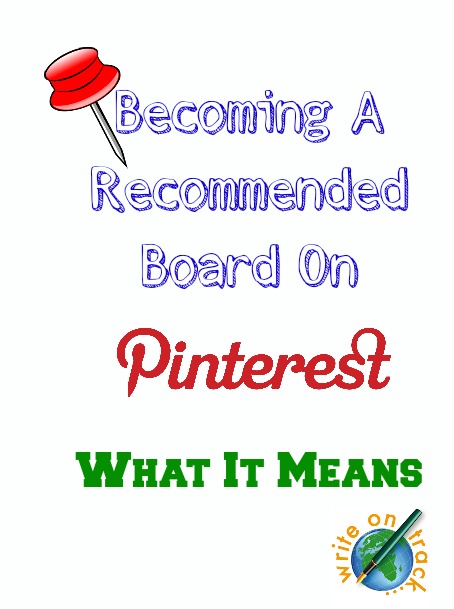 2. What are the advantages?

You are going to get more followers to that board but as these are new users, it doesn’t mean that you are going to receive an equivalent number of repins or a surge in traffic to your website from your pins on that board.  I don’t tend to write many articles about twitter (I wouldn’t consider it my best board) so I decided to make the board better and made a conscious effort to find good articles on twitter and pinned them. However, those pins haven’t received many repins – probably because new pinners haven’t quite become accustomed to repinning as much as the more seasoned pinners.

It is nice to have your quality boards recognised by Pinterest and the number of followers I’ve received in the last week just demonstrates the huge numbers of people joining Pinterest on a daily basis. It remains to be seen whether those new followers will use Pinterest productively or if they are just checking it out and their account becomes dormant – there is bound to be a mixture of the two.

If you didn’t get this email, don’t worry. There will be more opportunities in the future.  Pinterest used this concept about a year ago too which led to a surge in followers to my ‘How To Use Pinterest’ board as it was the chosen board on that occasion.  If you pin regularly to a focused board with quality content (so it gets repinned), this will increase the chances of Pinterest selecting your board.

If you would like to learn how to use Pinterest more effectively for your business, our online courses start up on 12th May and 26th May.