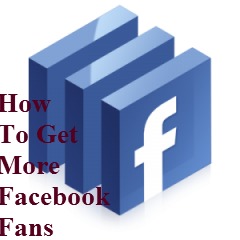 I’m often asked (and I’m sure every other social media consultant is asked this question too) how to get more fans on facebook.  I devoted some posts some time ago to how you can use the ‘marching’ methods amongst others and provided my reasons as to why I wouldn’t recommend the ‘marching’ method fully.  However, today I am going to give you a relatively easy and free method that I am wholeheartedly recommending –  how creating compelling content that is shared by your existing fans can really grow your fan base and encourage interaction.

My Garrendenny Lane (online shop) facebook page was fairly static at 1550 fans for some time and I had organising a facebook competition on my ‘to-do’ list but hadn’t got around to it.

I generally post an update once a day, sometimes it will be a link to a blog post or to one of our products and sometimes it is a photograph that I come across and think my fans would like to see.

The Garrendenny Lane page generally had anything between 35-85 people talking about it, occasionally going up to 150.  I could get up to 15 likes on an update, perhaps up to 5 or 6 comments and one or two shares.  I just couldn’t get more people to share my pictures.  I saw pictures that I had put up on my page being shared from other pages, pages that achieved up to 300 shares on one picture (yes, the very same picture that I had uploaded). Admittedly they had a huge fanbase but what I was doing wrong? In a word, nothing – sometimes people just don’t think about sharing a picture if you are continually giving them information, whereas the page that had huge success with pictures was putting up stunning photographs on a daily basis. Their fans were accustomed to oooh and aaaah and share.

Then, I shared a picture of a simple but very effective little playhouse in under the stairs and the comments and shares just took off. 87 people shared it, it received 42 comments and 359 people liked it with a total of 7,000 people seeing it as a result of the shares. Remember I only had 1550 fans. 1,087 views were by organic means and 6,674 views were viral (as a result of the shares). 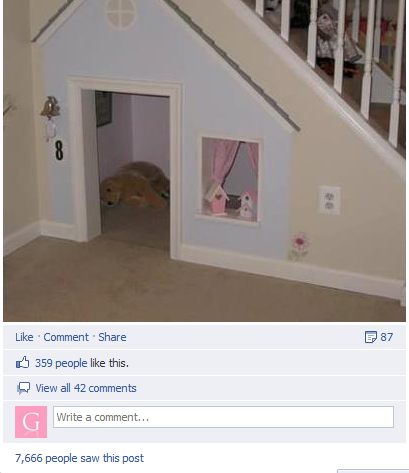 As a result of the shares and increased interaction, my fan numbers increased by about 60 over the course of the week. I’m not saying that all of the new fans were as a result of this picture but as numbers had been static for some time, I’d argue the majority of them were.

The number of ‘people talking about it’ stayed at the 450 mark for over a week and then slowly reduced to 115.

I just checked the source of the ‘playhouse’ and their page has just over 4,000 likes with an incredible 54,000 people talking about it!! 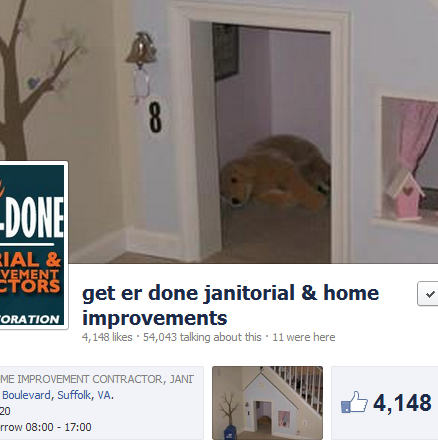 I have just posted another picture (of a wooden creel becoming a bookcase)  that is proving popular with shares, likes and comments so do have a look and see if my ‘talking about it’ number is increasing as a result. At the time of writing, 764 people have seen it (which is almost 50% of my fan base which is good considering some experts calculate that your updates are seen by only 16% of your fans), 536 of those being organic and 236 being viral.

The more people that share, like and comment means that your page gets much more exposure which results in more fans. If you interact with those comments, it demonstrates that you provide good customer service.  If you are providing interesting content, it shows your personality and that of your business.

Having said all that, it is not as easy as it sounds. I recently put up a couple of images on the Write on Track facebook page with no success whatsoever, partly because they weren’t clever enough to be worthy of sharing and partly because people aren’t accustomed to sharing photos from our page, it mostly being used for sharing links to interesting articles.

My advice to you though, is to keep trying it occasionally.  Sharing an interesting or funny photograph with your fans (that is related to your subject area if possible and ensure it isn’t inappropriate for your business) will show your personality and will lead to more fans as well as engagement. Create something that is funny and original and share it with your likers.

Have you any ‘tried and tested’ methods of increasing your facebook fans? We’d love to hear them.