Many business people know there is a value in networking but many of us have either gone to events that we have either only talked to people we know or have come away feeling we haven’t networked efficiently enough.  Others feel too shy to chat to people they don’t know (me included) or we don’t have the time to get to these networking events.

Many business people are now ‘networking online’ using twitter and facebook amongst other social media tools to get to know others.  But an added advantage of online networking is that  if you can meet the people face to face that you first met online, that it is really powerful and effective networking.  You already know you like each other, that you are singing from the same hymn sheet, that you may be able to do business together and once you meet, you can knuckle down and find out more about each other.

After all, if you don’t know the answer to a question, you should be asking somebody who does know and you just might be able to find the answer on an online networking tool such as twitter or at a networking speaker event. 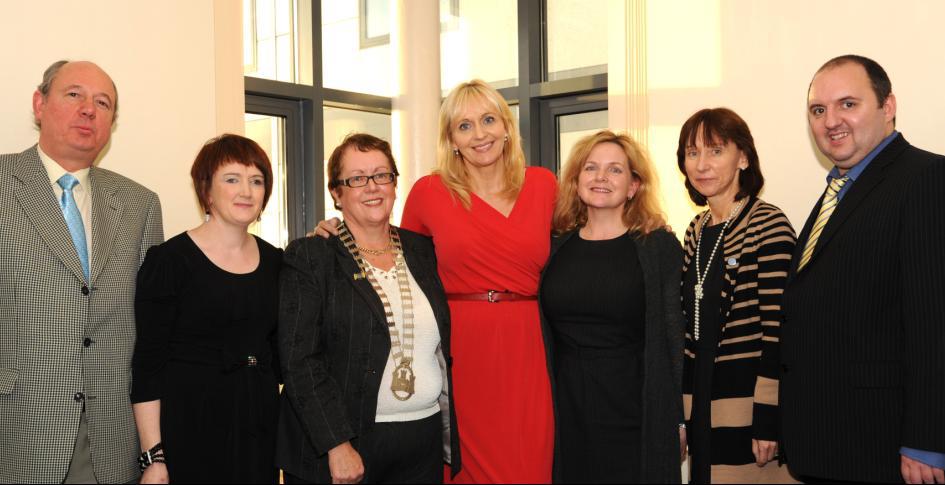 I attended the launch of the Network of Enterprising Women in Carlow on Wednesday.  The Carlow Enterprise Board had women in business networking meetings over the year but they are going big and bold for 2012, and will be having 9 events throughout the year which business women can attend, in order to learn from the speaker, learn from each other, gain support from each other and network effectively.

I was most impressed by one woman who marched up to three of us, introduced herself, told us about her new business and asked all of us about ours.  I really admired her courage as I’m not sure I could do it and that is where online networking can really help – if you have already arranged to meet someone there (knowing them from twitter or facebook) you are well on your way to being introduced to all their friends and acquaintances too.

If you are a business woman living in or around County Carlow, then I recommend you contact Jacqui McNabb, the network co-ordinator at Carlow Enterprise board (wibnetwork{at}carlow-ceb.com) for an application form and all the details. The first meeting of the  new year is being held on 25th January. I think it will be a great initiative.