I was delighted when I heard the National Women’s Enterprise day conference was being held in Portlaoise as it can be hard to get away to events like these when you have a young family especially when it is over two days.  I was even more excited when I was asked to present as one of the speakers in the social media workshop on the first day. 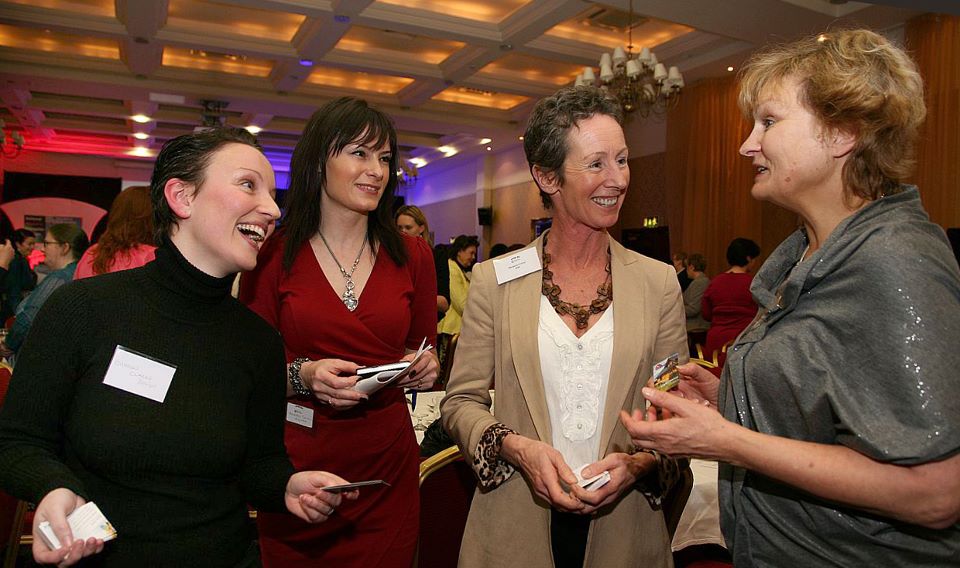 Damien Mulley was the main speaker and provided plenty of statistics on the use of social media in Ireland and internationally, as well as a handy demonstration of the Google keyword research tool.  I’m often surprised by the number of people who haven’t heard of using this free and useful tool and indeed, I mentioned it in my own talk.  Damien also spoke on how many of the google tools he uses – particularly the convenience of google docs. I guess there wasn’t time to cover Google + but I’d have been interested to hear more on this.

Eimear McCormack from JustEat talked about how they got what is seen as a ‘telephone offline’ business online whereby people can order their takeaway food online and how it is going global.  One of her main recommendations for businesses with a bricks and mortar presence, particularly hotels or eateries, is to register on Foursquare and get people to vie to be the mayor of their destination.

Tara Wilson-Black spoke about why she set up Irish Women in business, a forum for women to network online, to support each other and to find out information from each other. In a print business which can be quite male-dominated, she finds it invaluable being able to network with other women.

KarenO’Sullivan from the Talbot Hotel in Carlow spoke about their experience of using Facebook to promote the hotel and passed on lots of tips.  I spoke about why businesses should blog and how they can do it effectively.  People often wonder what traffic can they expect when they start blogging (and I’ll devote a blog post to this shortly) and I shared the statistics from two very different blogs that I started recently and my different ways of getting traffic to them and what I have discovered.  I hope it was delivered with passion and  enthusiasm and I received some good feedback afterwards so I was delighted with that.

I wasn’t able to stay for the dinner but returned today for the main conference. 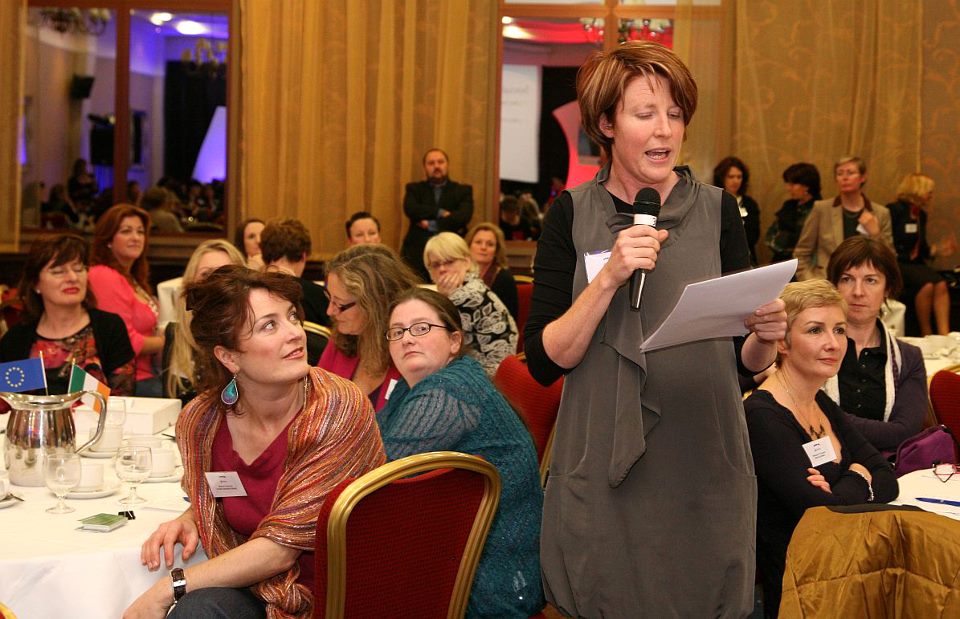 There was a total of eight case studies which was great, hearing from female business owners about how they have succeeded in their businesses, how they have managed through the recent downturn and hearing what they feel every business owner needs to succeed. Aisling Hurley of Teamwoodcraft recommended any and every business award that you can as you can then benefit from all the free publicity.  Mary Fitzperald of Woodlands Hotel suggested using social media tools and learning how to use them well as an invaluable resource and Deirdre Murtagh of Causey Farm agreed, having recently increased their facebook fans significantly and seeing an increase in bookings as a result.

Debra Searle’s speech kept the audience spellbound and she received a standing ovation at the end. Her tale of rowing single-handedly across the Atlantic after her husband had to be rescued was told with humour and with pathos. She made the point that if a man had completed what she had done, he wouldn’t have received the same media coverage but yet, the fact that 2 other teams were both reduced to single members and both of those men contacted the rescue team to be collected from the middle of the Atlantic, the reason being they just couldn’t hack it being on their own.  The lasting message that I took from her talk and from the whole conference was you can choose your attitude. Just as she wasn’t necessarily able to prevent sharks swimming around her rowing boat, we can’t do anything about world economics but we can choose the attitude that we face each day with and she claims that is what got her across the Atlantic (that and sheer determination!)

Overall, it was an inspiring couple of days and I left with a bag full of goodies

I was delighted, by the way, to see a hashtag in use for the conference. If you would like to check out the tweets, just search for #nwed.  It meant that various people in the room could converse, the organisers could get instant feedback and it also meant that I could meet up with a couple of people at lunch that I’d engaged with via twitter over the course of the morning.